Stocking up on ammo can be a good idea, particularly if you find a good sale or you shoot frequently. You want to protect the investment, though. The following are the three main things you need to consider when storing ammo.

The temperature at which your ammo is stored can have a major effect on the ammunition. Extreme heat, generally over 100 degrees F, is a major concern because heat causes the compounds inside the shells to become gas. Gas can leak out, which either turns the ammo into duds or makes them unbalanced to the point they are dangerous to shoot due because of inaccuracies of the shot. Cold temperatures don't cause as severe of an issue, but ammo should be warmed up to a temperature above freezing before shooting simply to ensure accuracy. To avoid temperature-related problems, store ammo somewhere with climate control, such as in your house as opposed to a hot storage shed.

Ammo casings are made of metal, often brass, which means rust and corrosion are real concerns if your ammunition is exposed to moisture. Fortunately, this is an extremely easy problem to avoid. Store ammo in watertight containers, not in cardboard boxes. As a further precaution, avoid storing the ammo in an area prone to moisture, such as in a damp basement or somewhere outdoors. If moisture does get into the ammo, properly dispose of any casings that show visible rust or corrosion. These shells will no longer be safe to shoot.

Depending on the quantity of ammo you buy, it will either come in an ammo can or in a cardboard box. If you purchase on the secondary market, though, ammo may not come so neatly packaged. The key is to store your ammo in a way that makes it easy to determine what caliber it is and that also prevents scratches and dents to the casing. Metal or plastic ammo cans are the ideal storage container because they are durable and typically have a seal to keep out moisture. Separate your ammo by caliber and store only one caliber and type of ammo per can. Stack smaller boxes or the shells themselves neatly in the cans — don't just dump them in as this can lead to scratches. Finally, label the exterior of the can with the type of ammunition so there will be no confusion later.

For more help, contact a fishing and hunting store that deals with firearms and ammunition, such as Wilcox Bait & Tackle. 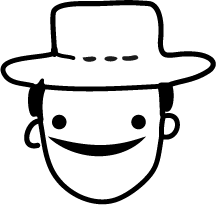 After I started becoming more and more active, I realized that there were some serious problems with my understanding of some of my favorite sports. It seemed like no matter how hard I tried, I just couldn't master some of the games, which is why I decided to start investing some serious time into my homework. I gathered all of the information that I could about sports, started pouring over it, and then applying my new knowledge on the court or field. Check out this blog for great information on understanding sports rules and keeping your wits about you as you play.